October is one of my favorite months! It’s my anniversary month, my doggies birthday month, Fall is kicking into high gear, but most of all Halloween!!! All month long I immerse myself into all things Halloween! I have been planning my October blog posts for months! I had a detailed calendar scheduled for Halloween treats to cook and share, DIY spooky decorations and costumes to make, and a month full of Halloween adventures to report back to you on! But as Robert Burns so eloquently put it. “The best-laid plans…”, mine definitely went awry… On September 26th my giant dog fell on my head and gave me a concussion. I am still recovering but now more than three weeks later I am finally able to look at a computer screen long enough to post something… The month of October is now more than half over and before this weekend I hadn’t been able to any of the fun Halloween things I had planned. Which also means I haven’t prepared a single post I was so excited to create… 😦

Not to fear! I have a lot of catching up to do but I will fit in as many Halloween posts as I can before November arrives! My normal posting schedule of Monday = Food, Wednesday = Misc., Friday = Activities out the window! I will be posting whatever I can whenever I have it! Be prepared for all the Halloween you can handle crammed in to these remaining two weeks!

Starting in November I will get back on track with a normal posting schedule but for now I am rolling with the punches. Thank you for your understanding! 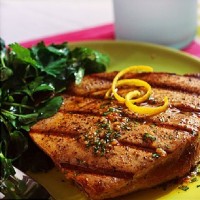 how the hell did i end up here?

The musings of a storyteller by eleanor lois tomczyk